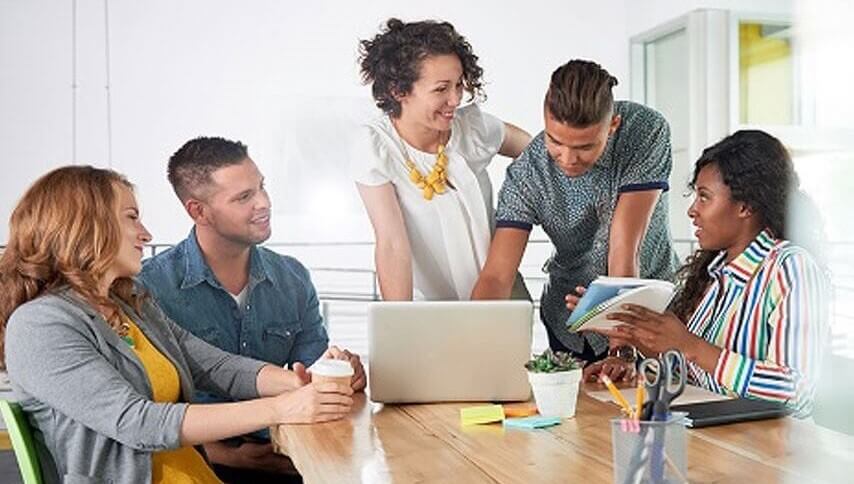 “How many of you received appreciation or praise from a colleague, manager or client in the last seven days?”

Only eight of the 16 new hires in the room raised their hands.

“How many of you would like to receive feedback at least once a month to help you know how you’re doing in your role?”

This time everyone raised their hands.

I was sitting in at a ‘Group Lunch with the CEO’, a tradition for new hires at one of our clients in Malaysia to help improve their on-boarding process.

We all crave feedback, consciously and otherwise and in all the different forms that it comes in; verbal, actions, visual, recognition, and written.

And that can be a good thing. 69% of 899 employees surveyed by Jack Zenger and Joseph Folkman indicate that they’ll work harder if they felt their efforts were better recognized.

Even constructive negative feedback is welcome. 92% of respondents agreed with the assertion, “Negative (redirecting) feedback, if delivered appropriately, is effective at improving performance.”

We recommend verbally giving positive feedback for good performance and taking corrective actions immediately or as soon as possible, rather than later.

A more thoughtful and detailed performance review (based primarily on overall performance and not an individual event) can be given later as written feedback.

Written feedback has proven to be more impactful in helping employees improve their performance. Because, unlike with verbal feedback, employees can re-read written evaluations at any time and continue to get positive boosts from the feedback.

Unfortunately, if the feedback is negative or badly written, it also lasts for a long time.

What we must do is to craft and give written feedback that is constructive and meaningful even when it is a critique.

That way, employees can use it as a guide to stay on track. It is important that written feedback meets eight crucial conditions:

These eight steps create an emotional connection by allowing employees to understand that the feedback is not a personal attack on them. Rather, it helps them grow to be better people.

The eight steps are only one (important) part of ensuring that employees have the necessary feedback that they require to perform optimally. It helps leaders connect emotionally—one person to another—to show employees how important they are to you and the organization, and that the relationship is more than a single, one-off task or project.

However, feedback should not be restricted to only written reviews. And certainly not an annual occurrence. A good feedback culture should include all the different types of feedback from various sources and contact points within and outside the organisation.

As studies show, the more regularly employees receive impactful and constructive feedback, the better their performance at work. Employee recognition should not be kept for special occasions.

Ideally, the entire feedback process should be structured as a campaign—with phases of coaching, development and performance management—rather than one-offs. It should also include a system to track and measure the impact of given and received feedback, and improve as necessary.

In summary, written feedback is more impactful for long-term employee motivation as they last longer and your reports can easily refer to the feedback for frequent boosts. It also contributes to—but should not be used as a complete replacement for—regular ad-hoc feedback which have been shown to significantly increase employee performance.

However, it must be created strategically in line with the eight points highlighted here to deliver the right long-term emotional connection, even for negative feedback.

Want to encourage, track and measure feedback in your organization and not sure where to start? Contact us to get started with a free demo account today.